“If I knew I would look this well, I would never have waited so long” “My husband said that I not only look like I did 10 years ago, but even better.”

Your most important asset is you!

Where is SUPERMAN When You Need Him?

Posted on: January 5th, 2016 by CTRosenthal No Comments

Where is SUPERMAN When You Need Him? 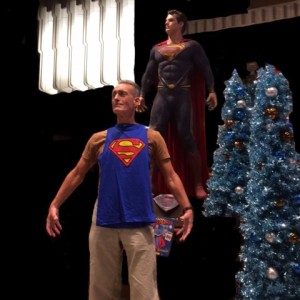 I grew up in a day when Super-Hero’s believed in Truth, Justice and the American Way.  Perhaps in retrospect the American Way was not always fair to all; nevertheless, as children we had paradigm to admire.

Guns were carried by law officers, and those criminals who committed violent crimes, and; thus, were the headlines of the news banners. The need to bear arms, which were for times of war within our country, is no longer a necessity. The plethora of high powered guns and mass shooting, which is anathema to my upbringing, is rampant and seems uncontrollable.

Cigarette smoking, although later shown to be hazardous to our personal health and to everyone’s health (second hand smoke) was ubiquitous in those days. Even the Marlboro Man, a symbol of masculinity, succumbed to his habit. Likewise, Virginia Slims masqueraded as the accoutrement of the silky lady who would never think of darning her long gloves without having a cigarette protruding from between her delicate fingers.

President Kennedy, the first Catholic to be elected to this esteemed office declared that; although, he was a Catholic, he would not be ruled by religion but instead by a moral code that encompassed all religions and; thus, touched all Americans no matter the race or religion.  The litmus test of religion was not in the political cauldron; rather we citizens were earnestly electing a President that would embody the religious ethos of compassion, morality, kindness and concern.

Cosmetic Surgery was hush, hush, or taboo.  Psychologists even thought that those who would entertain the notion of having a facelift were mindfully ill.  Only the Stars who paraded down Broadway had the permission to indulge in this form of vanity.  The fillers: Radiesse, Voluma, Juvederm and Botox were mere whispers in someone’s dreams. Cosmetic surgery and cosmetic procedures are now part of the fabric of our society.  They are not for everyone, but for many are salubrious to both mind and body. Looking great is much more than a window dressing. It requires eating well, exercise and energizing our mind and spirit in a positive manner. Looking natural and real should be prerequisite and requested by all patients, rather than having a fake or plastic appearance.

Food seemed healthier in my formative years; however, it may have only appeared to be so.  We are now capable of feeding the world’s hungry; that is, when the corn and other food staples do not sit in silos and instead find their way into our autos rather than the supermarket shelves.

McDonalds came into vogue, which was good if you needed a rest stop, but not so good if you were concerned with your inner health. The human body; marvelous in nature and design, can only do so much with high fat, salty foods or those that are not rich in nutrients. What we consume is what we become. The rampant spread of obesity is traveling faster that the internet can carry a message. A healthier lifestyle could preclude overweight children from developing diabetes, high blood pressure and chronic need for medicines.   Eating a diet that is healthier along with exercise affords us the ability to control our health; which is within our own grasp.

Finally, let me wrap up a few thoughts on what may be a terminating event for us all.  While I was growing up the Russians and the United States had Nuclear Weapons, as they do now.  At school, we were instructed to duck under our desks or huddle in the hallways should a catastrophic event occur.  Realistically, a discharge of such a weapon would have undoubtedly incinerated the halls and desks, along with all else.  Likewise, our water, food and the air we inhale would be contaminated for a very, very long period of time.  Again, the threat of nuclear annihilation is upon us.  Weapons of this magnitude would be no match for the hand gun, so arming yourself would be futile, as the Borg would say (Star Trek).  Hopefully, tempers will not flare and a steady hand will always prevail. One wonders where we are headed. The television is replete with mass murder and the agony it brings.  It will require a massive effort on many fronts to mitigate this violence and stall world suffering.

Brilliant individuals have pondered many of these ruminations for years. Where we stand, as a society, and how far we fall from grace will be the fateful outcroppings of those in power or those who wish to be powerful.  Perhaps it is time for us to expect and receive honest appraisals and solutions that may not always be popular but, are often necessary in the fast moving world in which we reside.  Perhaps all leaders should watch re-runs of Superman and learn to fly high both morally and ethically.  This would be a well-deserved breeze under their capes.